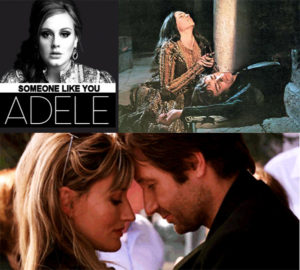 You see Unrequited Love everywhere, from Shakespeare’s star-crossed lovers to Adele’s Someone Like You, all the way to Californication’s Hank Moody who for whatever reason can’t seem to figure it out. This idea of unrequited love is a staple in Rom-Coms and break-up songs alike and doesn’t seem to be going away. So, what is it about this theme that attracts people to this form of storytelling? 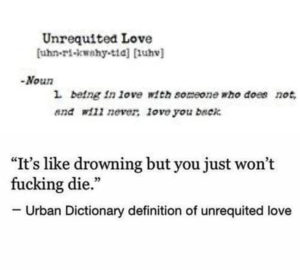 Unrequited love = (of a feeling, especially love) not returned or rewarded.
Writers often use this theme because it is one of the easiest ways to set up character.

Your characters must want something.
Don’t let your characters have what they want (right away).
Love is something innately programmed into us as a means of survival and procreation. Therefore, it makes sense that this would be something that our characters are instinctually after. It is easy to see why this theme works so well from a writers perspective, so why then is it such a popular theme within our own culture?
It’s important to understand this (want) from a psychological point of view first before we can fully recognize it as a writing tool. According to Maslow’s Hierarchy of Needs, love and belonging are in the middle tier of the pyramid, above safety and shelter, and to have self-esteem and reach your full potential, you must first feel like you are loved. 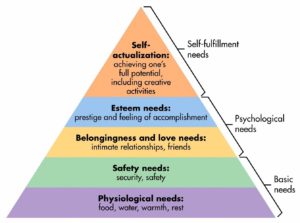 Stories like Californication, for instance, are an excellent example of what happens when characters get stuck in the middle tier of the pyramid, and what makes this story so addicting is that Hank and Karen want to be together, but they can’t seem to make it work. Even when they’ve both decided to move on, Hank seems to dwell on the fact that he is rejected by Karen, and wallows in self-pity for the duration of the series.  In today’s culture, however, we can see these characters move past the middle of the pyramid, and progress to the top despite being rejected by their love interest.

As writers, we need to be conscious of this hierarchy of needs and remind our readers that just by loving yourself, you can get out of the limbo of the middle tier and make it to the top of the pyramid. Our end goal shouldn’t be to get everything that we want from each other, but instead, we should want to get everything we need from ourselves. This is the only way we will ever reach self-actualization.
So YES have flawed characters, and make them want anything and everything, especially what they CAN’T have. Then let them learn to love themselves anyway and draw esteem from their own self-love. It’s important for these characters to experience this journey of self-actualization because we as a culture need to recognize in ourselves that our self-worth doesn’t come by being loved by others—it comes from loving ourselves.

Kendrick Lamar recognized this need for self-love and said he wrote the song “I” in response to fans at his show saying that they were depressed and wanted to give up on life until they found hope in his music. He wrote “I” about self-love and respecting yourself despite the world around you caging you in doubt.
Be confident in who you are and put time into building your most significant asset—yourself. If you do this, soon you won’t be singing to the tune of Adele’s Someone Like You, you’ll be singing along the Kendrick Lamar’s “I.” Don’t get me wrong I love Adele, and I think her songs are equally important in understanding the world around us as much as Kendrick Lamar, but we must understand that Someone Like You is relatable because so many of us are stuck in the middle tier in Maslow’s Hierarchy of Needs. This isn’t a bad thing because this is where stories start and not where they end. It is often the rejection that sets us on our journey to self-actualization. 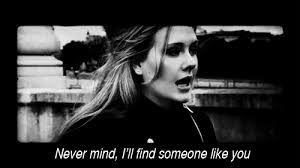 In the end, love is all you need—self-love—and the desire to be more than you are today. So, don’t dwell on unrequited love; it’s just the beginning of your magnificent story. Know that you are loved, and love yourself, move past the middle tier with confidence and keep getting better every day. No one can judge you for trying; they can only judge you for giving up. We can’t let any rejection stop us from being who we want to be in our lives, so let go of unrequited love and let yourself be happy with yourself instead.
-Written by Jessi Cooler